In 1920, the price of gasoline was 29 cents a gallon; the median price for a new home was $3,208; and the average automobile cost $401. It was the Roaring Twenties. Prohibition was the law of the land. The 19th Amendment had been ratified, giving women the right to vote. Hemlines rose to shocking heights—knee-length—as flappers danced to jazz. It was the year after the Red Summer and the Unity Movement initiated by Charles and Myrtle Fillmore arrived in Washington, DC.

On November 14, 1920, a meeting was held at the home of Mr. and Mrs. Benjamin Cookman at 4820 14th Street, NW to discuss the “establishment of a center here for the study, practice, and dissemination of the principles of Practical Christianity with the UNITY standard.” There were sixty-one charter members. On the following Sunday evening, November 21, twenty-six of the charter members attended an organizational meeting at the Cookman’s residence where it was decided to name the organization “Unity Society of Washington, DC.” 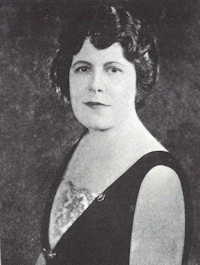 Viva M. January, the first minister of the Unity Society, was also the first female ordained minister in the District of Columbia. According to early Unity records, her name was quite reflective of her personality; “Viva” meaning life, and January, indicating a new beginning. Viva January was an inspiration, the beginning of the Unity Ministry in Washington.

The Society held its first Sunday evening service in the Homer Building (13th & F Streets, NW), on December 5, 1920. The rent was $100 a month and a free-will offering of $38 was collected. At the service, Minister January read a telegram from Charles Fillmore, “The Unity Society of Kansas City sends greetings. Our prayers are for your continued success. We have the assurance that the Spirit goes before and makes clear and prosperous the Way.”

In 1922, the Unity Society of Washington, D.C., was incorporated. The growing church established a Sunday School in 1925. The Unity Ministers Association was formed in 1925. Over time, the Association initiated rules for its members which did not permit certain types of teachings in Unity centers. Minister January left in 1927 to lead the Cleveland Unity Center. She was replaced by Judge Dean Franklin, a former juvenile court judge from Chicago. Judge Franklin was deeply interested in metaphysical teachings but did not become a licensed Unity Minister. When Judge Franklin returned from several months of metaphysical study in California, he began to present teachings that were contrary to Christian and Unity principles. As a result, Unity Headquarters no longer recognized the Society as a Unity Center. However, Judge Franklin continued his ministry until 1937, maintaining the name Unity Society of Washington, DC.

The Great Migration of African Americans from the South to Northern cities populated urban cities, including Washington, D.C. Historical records indicate the existence of a “collateral Unity activity” known as the “Colored Center” located in an upper room on Florida Avenue, near 7th Street, NW near Howard University. Members of the Society would speak at the Center on Sunday evenings, addressing a group, on average, of 30 people. Records also indicate that members of the Society presented a gift to the Colored Center in 1929 and met on Sunday evenings with the goal of combining memberships and resources in the application of Practical Christianity. A final mention of the Colored Center occurs in minutes from January 31, 1930. It is not clear when the two groups joined.

With the growth of the Society in its early years, it moved into a new headquarters located on the second floor of 1326 Eye Street, NW. The rental of the facility was $2,400 per year, where the congregation continued service until about 1940.